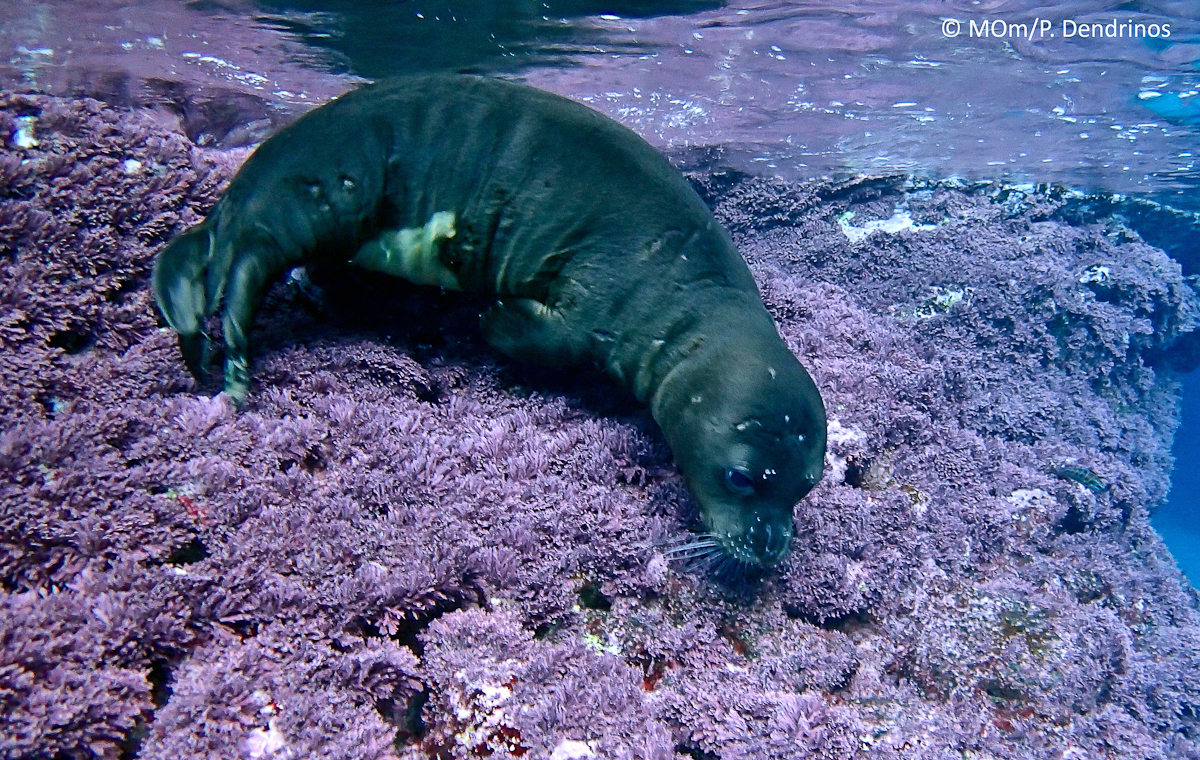 Likewise in whole Greece, in Gyaros, which is the island that hosts 10% of the total worldwide population of the threatened species of the Mediterranean Monk seal, Monachus monachus, October is the most trivial month for the reproduction of the species. One of the major goals of the project CYCLADES LIFE is the protection of the Mediterranean Monk seal in Gyaros. For this reason, MOm’s research team monitors regularly the population of the island and follows its progress.