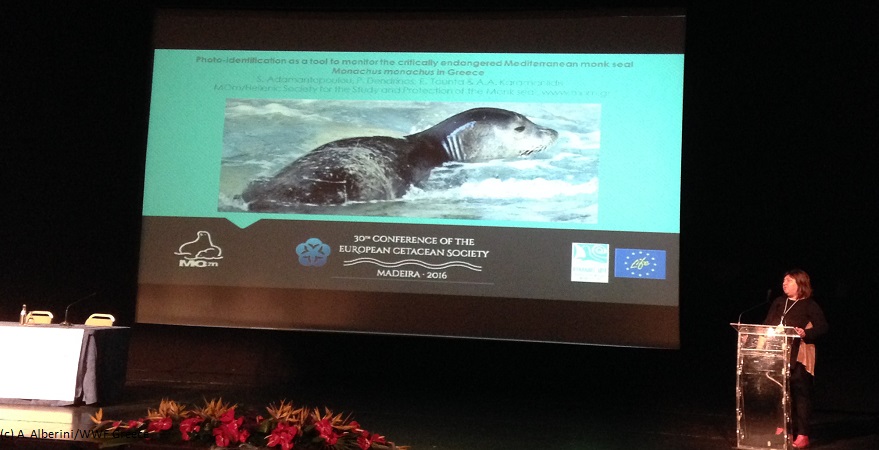 The identification of every individual of the Mediterranean monk seal population is a valuable tool for the monitoring of the monk seal population dynamics in Gyaros. During the past years MOm has developed a non- interventional method through the use of infrared digital cameras to monitor the monk seal population of Greece. This method, used in the main refuges of Gyaros, has resulted in the collection of more than 15.000 photos and videos that were analyzed and that helped MOm identify a total of 34 different individuals. This analysis also helped them record the important steps of the monk seal’s biological cycle and behavior and evaluate the status of the species’ conservation in the region. These findings were presented at the 30th Conference of the European Cetacean Society in Madeira by the coordinator of MOm’s actions in Gyaros, Stella Adamantopoulou.  During the presentation Ms. Adamantopoulou highlighted the importance of creating a catalog that will become the baseline for the future creation of a National Photo- identification Catalog for all monk seals in Greece.