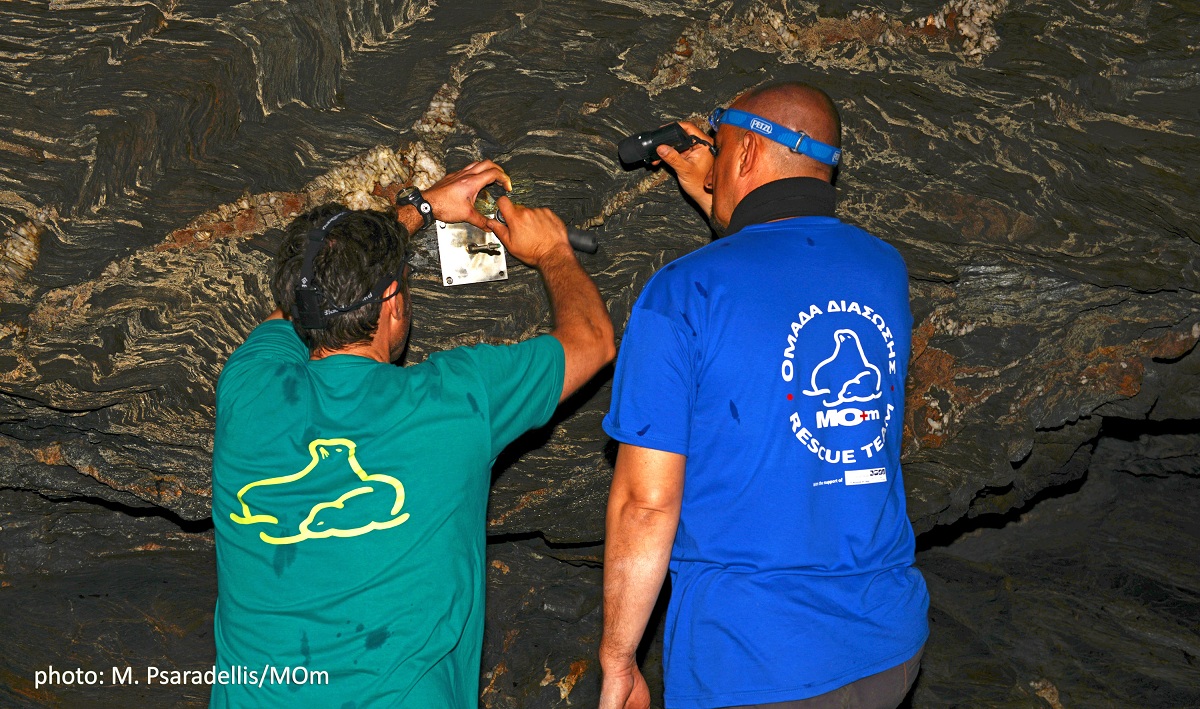 During May MOm’s research team has installed the metal mounting units of the automatic infrared digital cameras in marine caves and beaches used as  shelters by monk seals in Gyaros. Infrared digital cameras have proved to be an invaluable tool for the unobtrusive observation and assessment of the Mediterranean monk seal populations in their natural environment. Their operation, based in photographs taken under infrared -thus invisible- light allows the capture of unique moments and images (like births, mother-pup bonding behaviour, and other natural interactions between individuals), which are impossible to witness in the wild, without disturbing the monk seals in their habitat.  As soon as the infrared cameras are installed, MOm’s biologists will programme them to be activated by heat emissions and the movement of monk seals that haul out in caves and beaches. The cameras are utterly silent and cannot  be spotted at all by the animals during their operation. Through the utilisation of such technologies we will be able to acquire images and data in unique detail and depth on the life and behaviour of the critically endangered Mediterranean monk seal without the slight disturbance! The cameras will be installed in place before the next pupping season and within summer 2014.