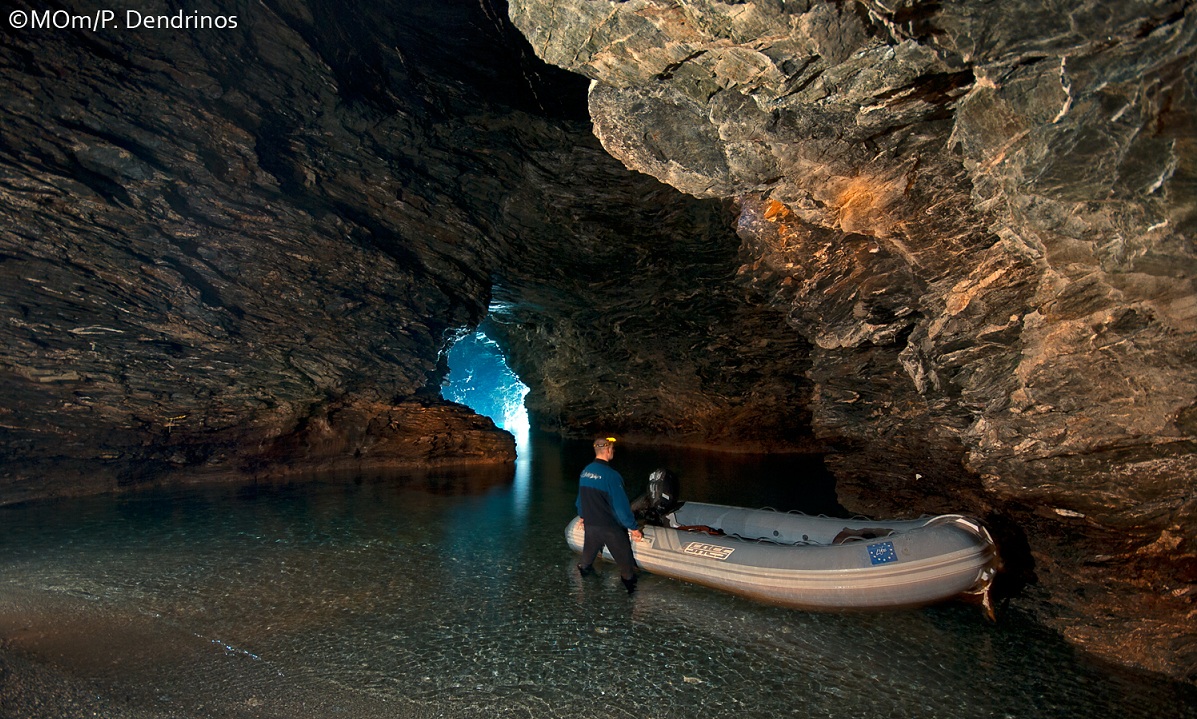 LIFE CYCLADES is already at its  3rd month of its implementation and the first sighting of a new born Mediterranean monk seal pup has been recorded by MOm’s research team in the end of this September at the island of Gyaros. MOm’s research team will visit regularly the island, nearly on a monthly basis, and its expert seal biologists will evaluate the conservation status of the local population and its habitat, in the context of Action D.3.

In the Eastern Mediterranean basin, and especially in the Greek coastline, monk seal habitat consists of submerged, or partially submerged, inaccessible and dark marine caves, with one or more entrances, some of which underwater, with a long corridor, leading to a dry surface (usually a beach with sand or pebbles), upon which monk seals can haul out, rest, give birth and nurse their pups. The terrestrial habitat of the Mediterranean monk seal is protected both by Greek and European legislation. However the unique importance of Gyaros regarding monk seals, is the fact that the animals are using open beaches to rest, give birth and nurse their pups. This behaviour was thought to be lost centuries ago, since monk seals have abandoned open beaches, as on this habitat they are an accessible target for sealers, who have nearly brought their extinction. MOm’s main research activity  on the island of Gyaros is the monitoring of pup production, through visits to the monk seal shelters (marine caves and beaches), the assessment of the local monk seal population size and the conservation status of the local colony.

Furthermore MOm’ s research team will also collect a large amount of additional scientific data, taking of course special precautions and utilising state of the art techniques and methodologies, having minimum if not zero impact and disturbance to the local monk seal population. During this first research expedition  in the context of CYCLADES LIFE, MOm’s team has recorded six monk seals in total, out of which three were new born pups.