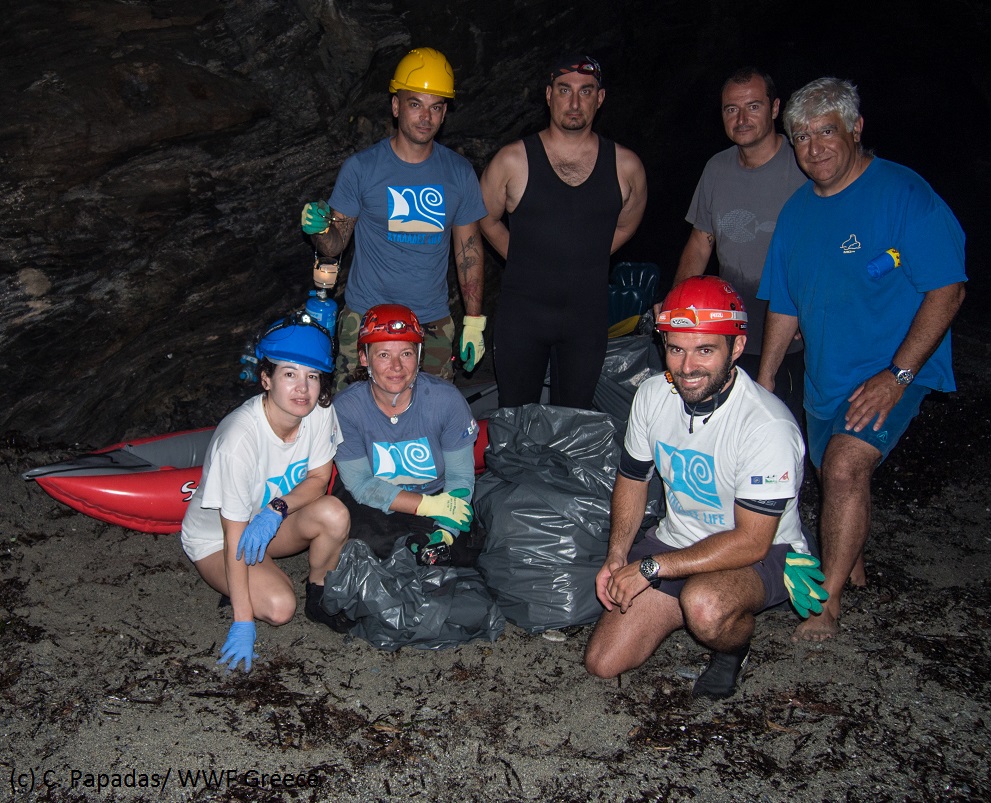 WWF Greece field team in collaboration with researchers of MOm and of the Italian Research Institute Tethys conducted for a second year in a row clean up action of one of the main reproductive caves of the endangered Mediterranean monk seal in Gyaros island. This action was realized as part of the clean ups of the terrestrial, marine and underwater environment of the CYCLADES LIFE project. The teams returned to one of the last year’s caves to collect the remaining waste that was stranded in the past year and also to monitor its general state. The collaboration between the teams was exemplary; this action is one of the first clean ups that will be done this summer in Gyaros and was completed in success.