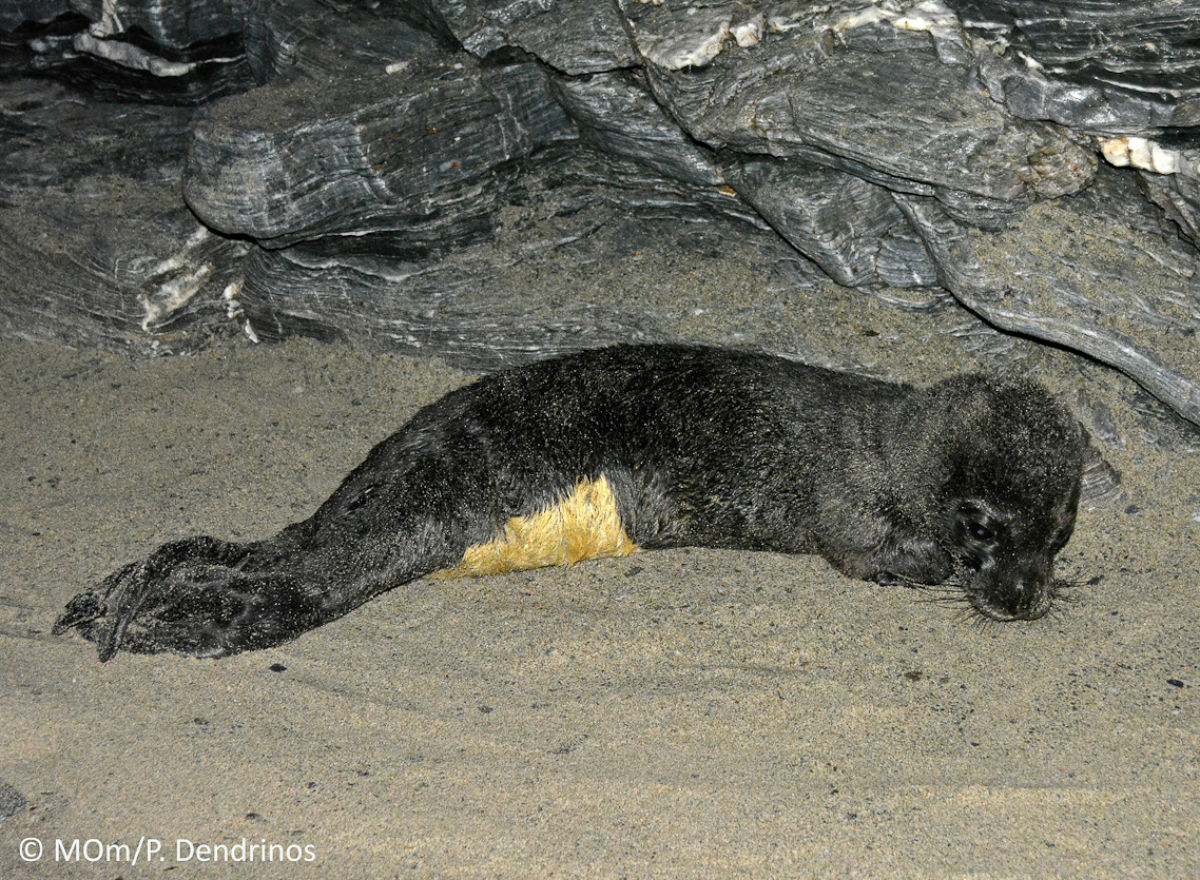 The 2014 pupping season has just commenced for the Gyaros’ Mediterranean monk seal population. MOm’s research team, taking advantage the good weather condition in a few of August days organised and conducted two research expeditions to the island. During the visits, MOm’s researchers have checked the infrared cameras that have been already installed regarding their accurate and smooth operation, their batteries and memory cards were replaced, while four more infrared digital cameras were installed in order to achieve better coverage and detailed access to the seal breeding sites. MOm’s research team has sighted two monk seals during the visits, whereas one more adult male has been recorded by a camera in a cave.

Furthermore MOm has initiated the collaboration with the Genetics laboratory of the Hellenic Centre for Marine Research, based in Heraklion Crete, which will undertake and conduct the whole analysis of all genetic samples that MOm will collect throughout the project’s duration from Gyaros’ monk seal population.

Last but not least, MOm’s staff has conducted a daily workshop presenting MOm’s long experience in Mediterranean monk seal conservation to WWF’s Greece field team at Syros. The short Workshop was organised in collaboration with WWF’s team in Syros and took place at the new office at Hermoupolis. The workshop’s duration was approximately 4 hours and included detailed presentations regarding: the basic aspects on the biology, conservation and management of the project’s target species, the Mediterranean monk seal; the Mediterranean monk seal Rescue and Information Network established and operated by MOm since 1992; the collection and assessment of information provided by the general public regarding encounters and sighting of monk seals; the first and key actions necessary to be taken in an emergency case of a orphaned or injured monk seal; and an introduction in guarding and surveillance of marine areas hosting important monk seal populations.