Natura: The Safety Net for the European Natural Environment!

The origins of the European Natura 2000 Network, stems from the Birds and the Habitats Directives. It was legally established in 1992, resulting from the official recognition that the intense pace of development was leading to the extinction of rare species across Europe. 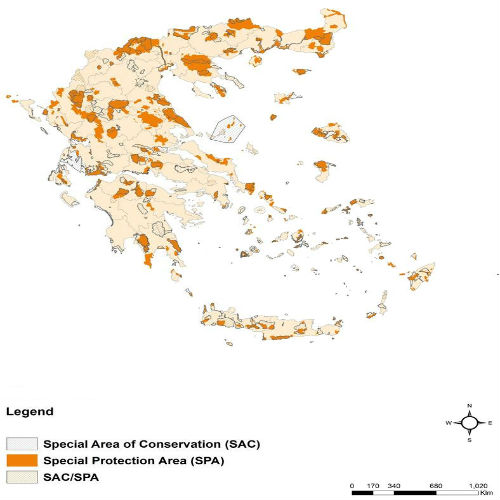 The establishment of the Natura 2000 Network introduced a totally new approach in terms of conserving and protecting the natural wealth of Europe, through the formulation of Protected Areas. Each Member State is required to treat these sites as a national network, where an integrated conservation strategy should be applied for their protection and specific environmental management measures should be implemented that will ensure the harmonious coexistence of human and nature.

Natura sites are included in the Greek National System of Protected Areas as it is declared by the Law 3937/2011 on the protection of biodiversity and they are areas that combine the beauty of nature with the quality of life, tourism, tradition and culture. Greece hosts 419 areas, occupying 27% of the land, with 202 “Special Protection Areas” and 239 “Sites of Community Importance” accordingly.

The island of Gyaros and the broader marine area, which includes the marine area extending to 3 nautical miles around it, was listed in the Natura 2000 Network in 2011, characterized as both a “Special Protection Area” and a “Site of Community Importance” with the code GR 4220033. 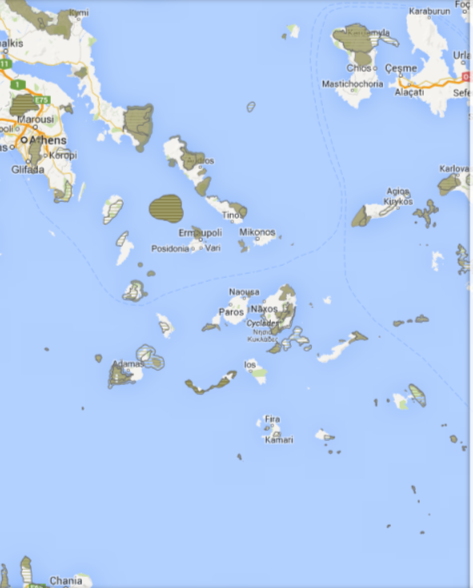 Human activities are not prohibited within Natura 2000 sites and hence our fundamental objective is the implementation of specific management measures that will ensure the effective conservation of nature, whilst at the same time ensuring that human development will be conducted in a sustainable way. In that case the “CYCLADES LIFE” will be considered as a successful project!