Installation of infrared digital cameras at caves on Gyaros island 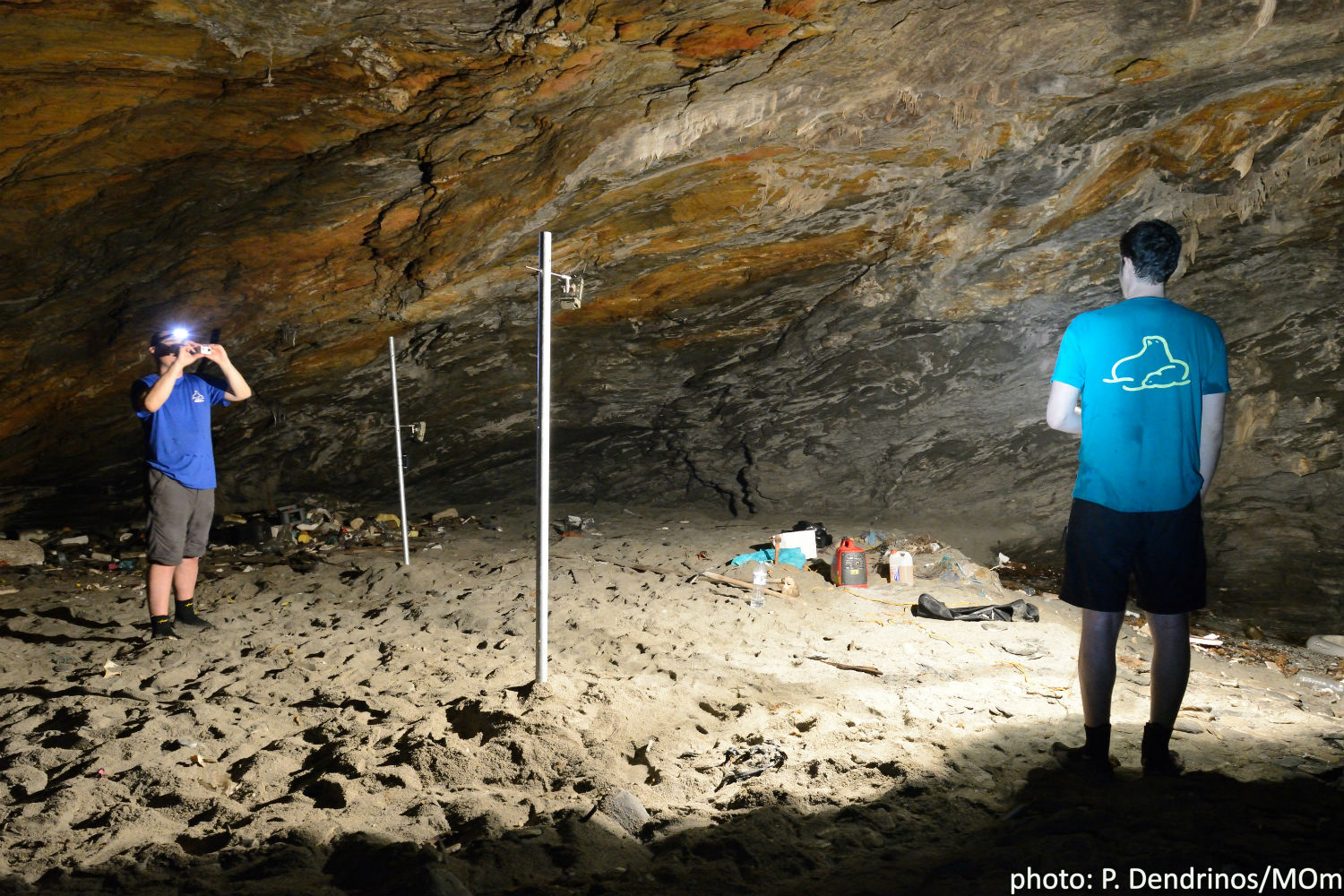 Despite that the 2014 pupping season has not yet commenced, MOm’s research team has conducted one more research expedition in the island of Gyaros, in order to check the marine caves and the open beaches used by monk seals for the presence of animals or other indirect evidence of use. During the visits of MOm’s expert biologists in monk seal shelters, the first precaution is to minimise, or even eliminate any potential disturbance towards a present monk seal. It is thus a key priority to conduct the observation in such a manner that the monk seals will not be  aware of the researcher’s presence, otherwise the animal may be scared away. In case there is a monk seal encountered in a shelter or beach during a visit, MOm’s researchers record the sex, development stage, morphological characteristics and its behaviour in specially designed forms. Furthermore the biologist takes pictures of the monk seal in order to photo-identify it during a future encounter. In the case of an empty shelter or open beach, MOm’s biologists thoroughly check its dry area (sand, pebbles, or rocks) for any indirect traces of monk seal presence, such as hair, faeces, secretions, and smell or tracks on the sand. Both the direct (animal presence), as well as the indirect (smell tracks, hair etc.) traces of shelter usage are evaluated by MOm’s research team in order to estimate the occupancy rate for every shelter. Lastly during July’s research expedition, three monk seals were sighted and MOm’s team has installed four infrared digital cameras, which will be check in next visits to Gyaros island.