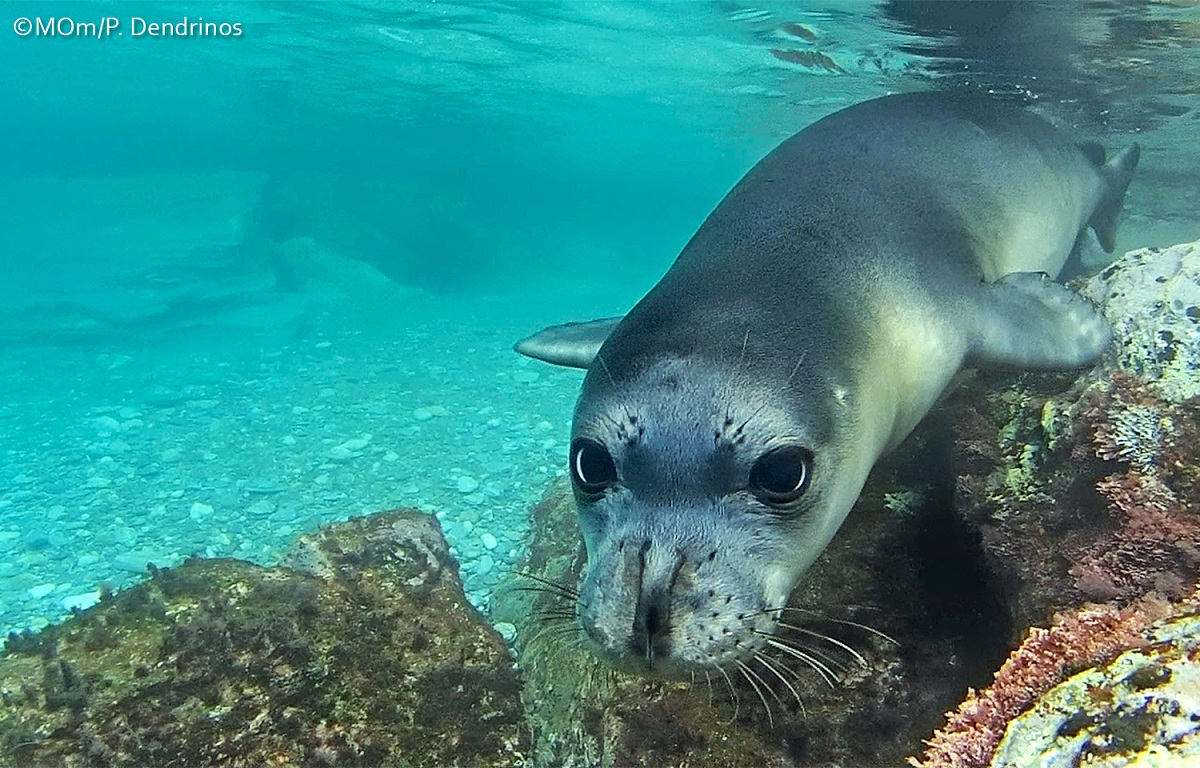 Despite the start of winter and the worsening of the weather, MOm conducted one more research expedition in Gyaros, and recorded two more Mediterranean monk seals, one of which a newborn pup. In total for 2013 MOm’s research team has sighted eight new born pups, and the pupping period has still not ended! A significant pup count, taking into account that the current estimate for the whole population of monk seals living in Greece, amounts to approximately 300 individuals! The overall evaluation of the local monk seal population of Gyaros island, implemented in the context of CYCLADES LIFE, reassures the importance of the island as a unique area for the species throughout the Mediterranean Sea. The potential of the local monk seal colony highlights the urgent need to protect the unique natural marine and terrestrial environment of Gyaros.