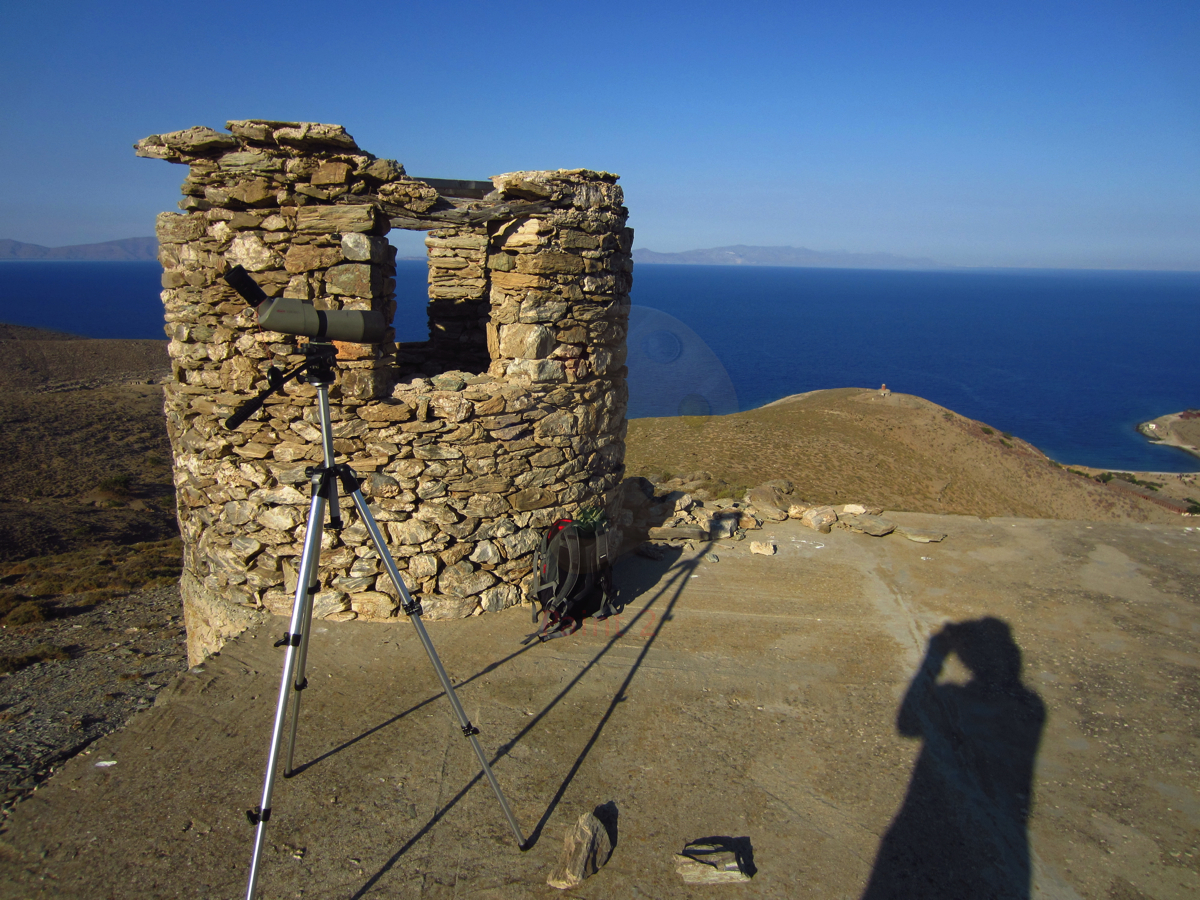 From the 6th to the 10th of June 2016 the annual planned ornithological expedition of Dr. G. Katsadorakis was held in Gyaros island. The goal of the expedition was the start of a new cycle of ornithological inventories as part of the CYCLADES LIFE project. The strong winds (up to 8 Beaufort force), did not allow the measurement of the terrestrial birds in the exposed parts of the island, confirming once again that field work, in contrast with office work, is always subject to the unforeseen constraints imposed by nature. Despite this from the observations made  the reproduction of one couple of peregrine falcon, Falco peregrinus, the use of the entire island by one couple of Bonnelli’s eagle, Hieraaetus fasciatus, and the reproductive success of approximately 210 couples of yellow-legged gull, Larus michahellis, reaching up to 0,8 young individuals per nest, were confirmed. It takes time but slowly the secrets of the Gyaros ornithological world are being revealed.